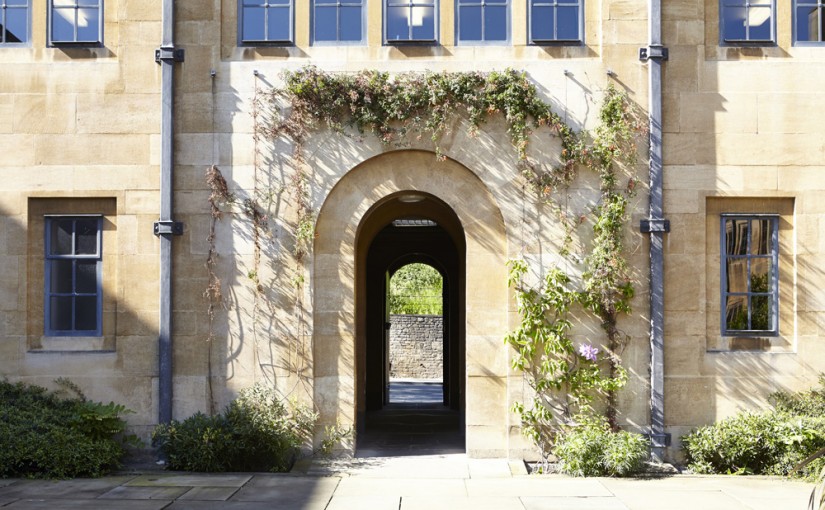 Jane is the incoming Director of the Gwilym Gibbon Centre for Public Policy which conducts research into public policy issues, and a Co-Director of the British Election Study – the longest running social survey in the UK, founded by Sir David Butler at Nuffield College.

Her research is primarily concerned with assessing the relationship between policy and performance and political attitudes and vote choice. One of the main contributions is showing how political actors and mass publics respond to external events and shocks. Her co-authored book, with Will Jennings (‘The Politics of Competence: Parties, Public Opinion and Voters’, CUP, 2017) argues that shocks cause substantial changes to party policy reputations, voters generalise competence assessments across the policy agenda, and governments suffer costs of ruling due to predictable over-time dynamics in the attribution of blame. Her new co-authored book with the British Election Study team (‘Electoral Shocks: Understanding the Volatile Voter in a Turbulent World’, OUP), explains how the British party system is destabilizing due to the combination of electoral shocks and over time increases in underlying electoral volatility.

She is working on a number of projects to better understand the perceived winners and losers of economic and social change and the political consequences (in the form of Brexit), how people form their perceptions about the level of immigration and the economy, and projects relating to survey measurement, questions relating to recent British elections, and insights made possible using novel sources of social media data.

She takes an active role in the analysis of British politics and elections and serve as ITV News Election Analyst, providing expert analysis for ITV News election programming in the 2015 general election, the 2016 EU referendum, the 2016 US presidential election, and the 2017 British general election, as well as regularly commenting in a range of national media. In 2015 she received the Political Studies Association ‘Research Communicator of the Year’ award. She also served on the Market Research Society and British Polling Council independent inquiry into the 2015 opinion polls and have given evidence to committees in the House of Lords and the House of Commons. She is a Fellow of the Academy of Social Sciences, an Affiliate at the Harvard Institute for Quantitative Social Science, and an editorial member of Comparative Political Studies, Electoral Studies, and Political Science and Research Methods. She was a Visiting Scholar at Harvard University, Minda de Gunzburg Center for European Studies, 2016, and at the University of California at Berkeley in 2007. She received her DPhil from Nuffield College in 2007.

Iain has tried to link the worlds of academe and public policy throughout his working life. As a lecturer in Politics at Newcastle University, he became one of the founding councillors on Tyne & Wear Metropolitan County Council, where he served from 1973 to 1979, becoming chair of its Economic Development Committee. On returning to Oxford, he served a term as councillor on Oxford City Council, as leader of its SDP/Liberal group (a group of size 1 in his first year). From 2001 to 2015, he was involved in a network of informal advice for senior politicians including Gordon Brown successively as Chancellor and as Prime Minister. One commission from then-Chancellor Brown was Iain’s book Adam Smith: radical and egalitarian (Edinburgh University Press 2006). He is vice-president for public policy of the British Academy, and has worked with both the Academy and the Royal Society of Edinburgh, where he is also a fellow, on numerous policy publications and consultation responses to the UK and Scottish Governments.

In his paid day job, Iain has worked on public choice; UK politics; electoral systems; and the 18th-century Enlightenment in Scotland, America, and France. His recent academic books include Rational Choice in British Politics (Oxford University Press 2001); State of the Union with Alistair McMillan (OUP 2005) and What’s Wrong with the British Constitution?  (OUP 2nd edition 2012). The latter two both won the W.J.M. Mackenzie Book Prize of the Political Studies Association of the UK.  More policy-focused books, both published by Edinburgh University Press, have included Scotland’s Choices with Jim Gallagher and Guy Lodge (2nd edition 2014) and Legally Married with Scot Peterson (2013).

His work on the Aberfan disaster of 1966, with Martin Johnes, has become a standard reference on how (not) to deal with a disaster. He was cited by then-Secretary of State for Wales, Ron Davies, as one of the people responsible for Mr Davies’ decision to restore money that had been improperly taken by an earlier government to the Aberfan Memorial Fund.

Armin has been a Gwilym Gibbon Fellow at Nuffield College since 2014. He is also head of division in the German Federal Ministry of the Economy and Jean Monnet Fellow at the European University Institute in Florence. Previously, he was a dispute settlement lawyer at the World Trade Organization (WTO) in Geneva and attorney-at-law with Cleary Gottlieb Steen & Hamilton in Brussels. In 2012-13, he served as member of the advisory group of Germany’s current President Frank-Walter Steinmeier in the German parliament. Armin authored books and articles in peer-reviewed journals in the area of International and European law and economics. He was born in 1979 and held visiting scholar positions at Harvard, Oxford, Florence and at the Max Planck Institute for Research on Collective Goods in Bonn. He obtained a PhD in law (2007) from the University of Munich and a PhD in economics (2013) from the University of Erfurt in Germany. 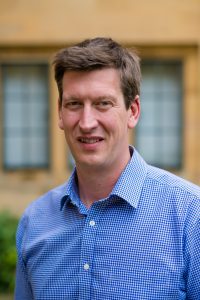 He is the co-founder of Kivu International, an organisation which specialises in supporting locally-led policy change in developing countries. Since 2011 he has worked extensively in Africa and Asia, supporting partners to strengthen their approach to policy analysis and advise them on effective strategies for achieving change.

Prior to working in international development Guy’s research focused on UK politics where he was Associate Director at the Institute for Public Policy Research (IPPR), a UK think tank. At IPPR he ran their governance and political reform programme, specialising in civil service and public administration reform; elections and political participation; public sector accountability; decentralisation and territorial politics.

Guy has been based at Nuffield College, University of Oxford, since 2010. He was Gwilym Gibbon Fellow 2010-14 and has been an Associate Member of the Gwilym Gibbon Centre for Public Policy since its inception in 2014.

He is the author of over 40 papers (policy reports, book chapters and academic articles) on a broad range of governance and political reform issues. He is co-author with Sir Anthony Seldon of Brown at 10 (Biteback: 2nd edition 2011) which was a political book of the year in the Independent and the New Statesman. With Iain McLean and Jim Gallagher he is co-author of Scotland’s Choices: the referendum and what happens afterwards (EUP 2nd edition 2014) described the Guardian as ‘one of the essential books of the referendum debate

Sir Danny Alexander is Vice President of the Asian Infrastructure Investment Bank, a recently established international financial institution, based in Beijing. He was MP for Inverness, Nairn, Badenoch and Strathspey from 2005 to 2015. He was Secretary of State for Scotland in 2010 and Chief Secretary to the Treasury from 2010 to 2015. In that period he was also a member of the National Security Council and led the Treasury’s work in preparation for the 2014 Scottish independence referendum. He was educated at Lochaber High School, Fort William and St Anne’s College, Oxford. He is married with 2 children. 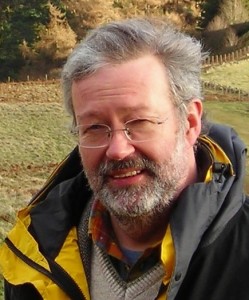 Jim Gallagher has been a member of Nuffield College since 2011, and is also a visiting professor in the University of Glasgow. Before that he was a senior civil servant, working in both London and Edinburgh. He served on two occasions a member of the Downing Street policy unit  (under Prime Minsters Blair and Brown) and at various times a member of the UK Cabinet secretariat, head of the Scottish Justice department, and private secretary to Cabinet Ministers. His main interest is in devolution and the territorial constitution of the UK. He was secretary of the Calman Commission on Scottish devolution and, during the Scottish independence referendum campaign policy and strategy advisor to the pro-UK Better Together campaign. In addition to his academic work Jim is a director of a number of companies in the commercial and charitable sectors.

Richard Reid is an associate member of the Gwilym Gibbon Centre, and completed his PhD on reform of the House of Lords in 2016. He lectures at the Australian National University, and is Associate Editor of the International Political Science Review. His research focuses on the House of Lords, its role, and its reform, but also encompasses comparative studies of second chambers with a focus on the United Kingdom and Australia. 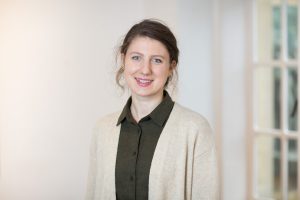 Barbara Piotrowska is a Researcher on the History of UK Public Spending Control 1993-2015 project at the Blavatnik School of Government.

Barbara’s research concentrates on the operation of bureaucracies and the incentive structures they use. Her doctoral research investigates authoritarian survival and the workings of a particular authoritarian bureaucracy:  the East German Ministry for State Security (the Stasi). As a part of her dissertation, Barbara conducted research at the archives of the Federal Commissioner for the Stasi Records (BStU) and constructed a dataset based on files of almost 300 informants of the Stasi. Her research revisits the question of the effects that destabilizing factors have on the control of authoritarian regimes and how the regimes counteract them using covert repression. Other papers address the issues of informant enrollment and their responsiveness to incentives.